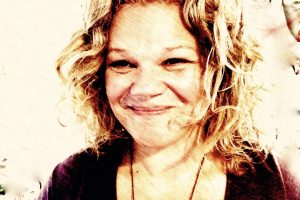 Nicky Bingham BA Hons- trained at Rose Bruford College of Speech and Drama 1990 – 1993. She has worked as an actress and voice-over artist for 24 yrs.

In 2005, after touring various theatre shows around South America, Nicky, by complete chance, began her career in Storytelling. She later developed her company, offering Storytelling and Workshops for children and teachers, and has since then been performing internationally in schools and at public events.

Nicky is a unique ‘storyteller’ and ‘character actress‘. She literally brings a story to life and her performances could alternatively be described as ‘one woman shows‘. They are ‘magical‘ and captivate all who witness her boundless energy and hilarious characters. She is animated, creative, highly imaginative and adaptable. Nicky interacts at all times with her audience allowing them to truly feel ‘involved’ in the story, maximising their enjoyment and learning.

In Performance Storytelling, Nicky combines the traditional form of storytelling (oral narration) with her natural acting ability to portray many characters. This leads to the birth of a totally unique and fascinating experience in performance art in which a story is created overflowing with energy and wonder! She uses gesture, mime, voice and movement to evoke strong images (no costume or props are used). Her performances invite the audience to enter the story and to use their imagination to paint their own visual images in their minds.